Check out this article to see what the logo designs of the world’s top business giants mean and how they have impacted their businesses. Don’t miss out on learning and implementing the same for your logo designs.
April 13, 2022 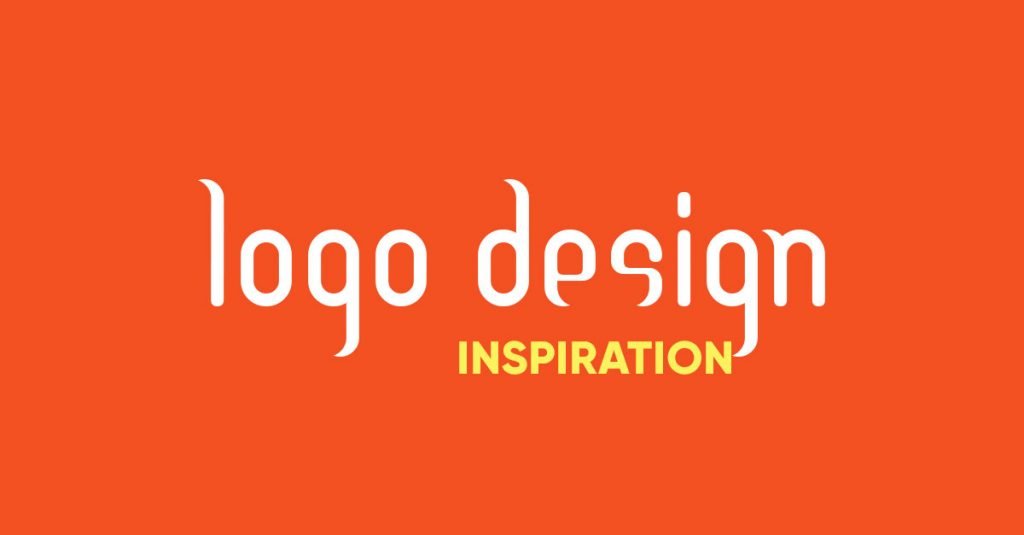 When you encounter the logos of major corporations such as Amazon, Facebook, or Microsoft, you immediately conjure up images in your mind. You can simply sketch or, at the very least, explain in great detail their brand logos. Let’s take a closer look at these top logo designs and weigh in on their advantages in terms of bespoke logo creation.

Do you want to design the ideal logo for your company? Contact Jootoor Designs right away for effective branding tactics and logo designs.

Why Logo Branding is Essential for a Business

Apple and Microsoft have always been ardent rivals, and they have always sought to outdo each other in unique ways. The development of the Microsoft logo shows that you may go your own way until you find a successful logo solution. Microsoft’s original logo was changed every few years from the beginning, in an attempt to stay up with the trends.

The corporation adopted a new logo in 1987, which remained unchanged for the next twenty-five years. Microsoft’s heyday was marked by this logo, and the company grew into the powerhouse it is today. The Microsoft logo, which was created utilizing the most known typeface – Helvetica – has remained as relevant as ever.

With its use of color, the new logo feels a lot less aggressive. The corporate logo has been updated to a more modern typeface, and the sign has been transformed into a four-part static square shape. And the usage of a cubed window to represent each of Microsoft’s primary product offerings (blue for Windows, red for Office, green for Xbox, and yellow for… well, since a window can’t have three panes, we’ll let it slip) was brilliant.

The Microsoft logo: 45 years of history and evolution

The Amazon logo is relatively new, with a brief yet intriguing history. This corporation is a fascinating case study since we can follow the history of the Amazon logo from a simple design with an aquatic background to the effective brand strategy it employs today.

To depict the never-ending flow of books from the store’s Amazon river, they initially produced a logo with aquatic images to fit their brand identity. After the corporation began to extend its market, it became clear that a new strategy was required.

No corporate logos at the time sought to instantly appeal to clients’ emotions and give a compelling message: “We are pleasant and accessible,” or “We will be pleased to supply all the things you require,” and so on. Simply altering lowercase characters and adding a yellow arrow from “a” to “z” resulted in a genuinely remarkable solution.

IBM, popularly known as Big Blue, is one of the oldest corporations on the list. The firm created one of the world’s most recognizable logos, which is now over sixty years old. As you can see in the logos below, the three basic letters “IBM” made their first appearance in 1956. They completed their logo in 1972, and it has stayed unaltered since then. The IBM logo is regarded as a watershed moment in the history of logo design. Companies have grown aware of how much effect the logo can have on marketing strategy thanks to IBM and designer Paul Rand, and have begun to consider the quality of logo design. Let’s take a deeper look at the history of the IBM logo.

The letters seemed to be massive and colossal at first, in keeping with the company’s public image of an unbreakable behemoth. It wasn’t enough, though. The emblem has to convey the agility and variety of IBM’s products as well as the firm itself. Paul Rand, who dyed IBM’s classic logo blue and added horizontal stripes to signify vitality and speed without losing its solid aspect, came up with another brilliant approach. The emblem stood out as a result of such a bold action.

All future attempts by other firms to replicate the notion using lines only serve to highlight the logo’s uniqueness.

JPMorgan Chase, one of the world’s greatest financial organizations, is the world’s most valued bank, with over 2.35 trillion dollars in assets. It is also the world’s sixth-largest and most important business. Needless to say, this is a powerful corporation.

And with their logos, they’ve done a fantastic job at portraying that. “If you’re late on a payment, we’ll smack you with a late charge so quickly it’ll make your head spin,” the plain, bold font and minimal usage of images clearly state. Which is very much what they’re aiming for as a financial corporation.

Keep in mind that your logo is simply one component of your company’s overall brand identity. An excellent website, as well as a decent logo, determines a successful digital presence. Call 9188816888 for more details on branding strategies Graphic Design Company and digital marketing ideas.

Since we were children, we have all been familiar with the lovely Disney emblem. The Disney logo typeface is supposedly based on the signature of the company’s founder, Walt Disney. This unusual typeface is the foundation of the Walt Disney logo. The iconic Cinderella castle, as well as the arch in the shape of a shooting star that appears above it, are both relatively new additions to the emblem.

It’s tough to assess design quality in this context, but we can see how the logo evolved and how the designers have continued to refine and improve it. The Walt Disney mark will continue to evolve with the times while maintaining the inventiveness of its iconic inventor through minor changes.

“If it ain’t broke, don’t fix it?” as the phrase goes. That may have been written for Johnson & Johnson, one of the world’s largest manufacturers of medical equipment, medicines, and consumer products.

The logo was inspired by one of the initial founders, James Wood Johnson.
While they don’t get any marks for originality or inventiveness (who doesn’t change their logo every 100 years! ), the fact that they’ve remained their logo stable has resulted in massive brand awareness in their market. Johnson & Johnson is well-known all over the world simply because of its logo.

It’s difficult to believe that the General Electric logo was designed over 130 years ago. The firm’s designers came up with a circular form for the logo a few years after it was founded, and the logo has not yet altered much since then, maintaining loyalty to the company’s solid business and style.

GE logo history did, however, provide some room for modest changes, as shown. Please keep in mind that even huge industrial enterprises follow current design trends. True leaders, as we’ve already stated, must stay up with the times. The GE logo, while being almost a century old, has a rather current appearance because of its agility and intricate design.

Consider the following questions when you examine your company’s logo: Is my logo designed by experts? What role does a logo have to play in establishing a business? Is the logo current and effective? In our article Importance of the Logo in Promoting Your Business, we go over the answers to these issues in detail.

The Golden Arches initially featured in the design of McDonald’s buildings before appearing on the company’s first logo. Jim Schindler, the company’s construction and equipment specialist, didn’t come up with a new logo until 1961 when he connected the two arches to form the letter “M.”

The sloping line of the restaurant’s rooftop is also seen in the old McDonald’s logo from 1961, which is subsequently removed from the logo design. It turns out that the meaning of the McDonald’s emblem isn’t hidden. The well-known signature letter “M” originally appeared in 1968. Since then, the logo’s form has remained mostly unchanged; however, designers have added various aspects to the letters to reflect contemporary graphic trends. It’s worth noting, though, that businesses like McDonald’s don’t inherently set new trends; rather, they serve as a prime motivator for visual culture.

Because the Facebook logo represents a young and already iconic corporation, it’s understandable that its history is brief. The history of the Facebook logo has only seen two styles: two concepts that correlate to current design trends, and each of them is fantastic in its own right.

The only difference worth mentioning is that Facebook was one of the first organizations to utilize a lowercase typeface, which gives the site a more informal, relaxed feel. Joe Kral created the Facebook logo typeface by combining the letterforms of the Klavika Bold font with his design. The Facebook icon symbol is maybe even more well-known than the company’s logo. It has seen more alterations than the logo, owing to the ongoing development of the user interface.

There were few significant modifications in the 2015 makeover. What we noticed was a little alteration in the typeface font to make it seem less compacted and more casual, as well as the preservation of style and colors, which represented the conservation of quality and simplicity.

In general, the icon’s design is fairly straightforward and easily recognizable, which is critical for a firm like Facebook.

Walmart, the world’s most successful retail business, was founded in 1962 in the United States. Since then, the logo has undergone several changes. In 2008, the current logo was created. It embodies Walmart’s warmth and relaxed demeanor. Blue denotes dependability, whereas yellow denotes quality assurance, passivity, and fundamental nature.

Lower case letters are employed, with the exception of “W,” to create a more informal and less scary sign, around and groovy design, and typefaces that reflect simplicity. Boldness in general attracts attention.

The basic logo is adaptable and may be used on everything from large billboards to little product labels. Customers will forget Walmart is a giant organization because of its casual and pleasant image, which makes the company appear reliable and genuine.

The logo was successful in achieving the brand’s marketing objectives. The main objective was to appeal to affluent and wealthy clients while avoiding a business image of low-cost goods.

Top 10 Famous Logos Of All Time

Some firms may be easily recognized just by looking at their logo! These brands have such a significant presence in the worldwide market that they don’t necessarily need a full introduction. The audience quickly recognizes them by their logo.

Companies frequently choose a logo that reflects their business in the appropriate style and way. It’s also really simple to determine how well their logo is performing. Simply by looking at how well the audience recognizes it.

We’ve gone over the top ten business logos of the world’s most valuable firms. Ten distinct logos, each having its narrative to tell. Some of them have been changed and updated several times, while others have attempted to come up with a unique logo design right away. They all have one thing in common: a professional attitude, strong attention to detail, and a willingness to keep up with the times.

Are you looking for some logo design ideas? Do you require a free consultation? Submit us your present logo, a link to your website, or a summary of your company’s mission and principles. We may provide you with a variety of current logo design ideas, or we can just reassure you that your logotype is perfect as is.

Let Us Grow Your Revenue…

Call Now
Go to mobile version
Cookies help us optimize your experience. They are also used for stats, social media, quality assurance and together with our partners, for marketing. By continuing, you accept this. Privacy Policy